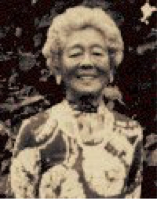 Hawayo Takata, the Master who introduced Reiki in the West, wrote in her diary: “I believe in the existence of a Supreme Being, Infinite and Absolute, a Force which rules the world and the universe, an invisible Spiritual Power in front of which all the other powers wither in their insignificance. This power is incomprehensible to man, unimaginable, not measurable, it is the Universal Force of Life from which every single being receives continuous blessings. I will call this energy Reiki…”

REIKI is a Japanese word meaning “Universal Life Energy” and deriving from the union of two concepts:

REI can be defined as a Spiritual Force containing the Japanese ideograms meaning “Rain”, “Mouths” and “Making sacrifices”

KI is a basic concept for the Traditional Chinese Medicine and for Martial Arts. We can translate it as “Energy flowing through the Body” or “Inner Force”. In it we find the “Rain” ideogram again together with another one meaning “Rice Seed”.

The union of REI and KI forms the word ReiKi. It is used to define both the Discipline or Practice and the involved Energy. 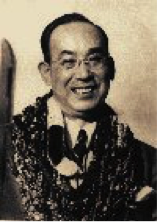 Check Out Our Upcoming Events

To Request More Information or
To Schedule An Appointment