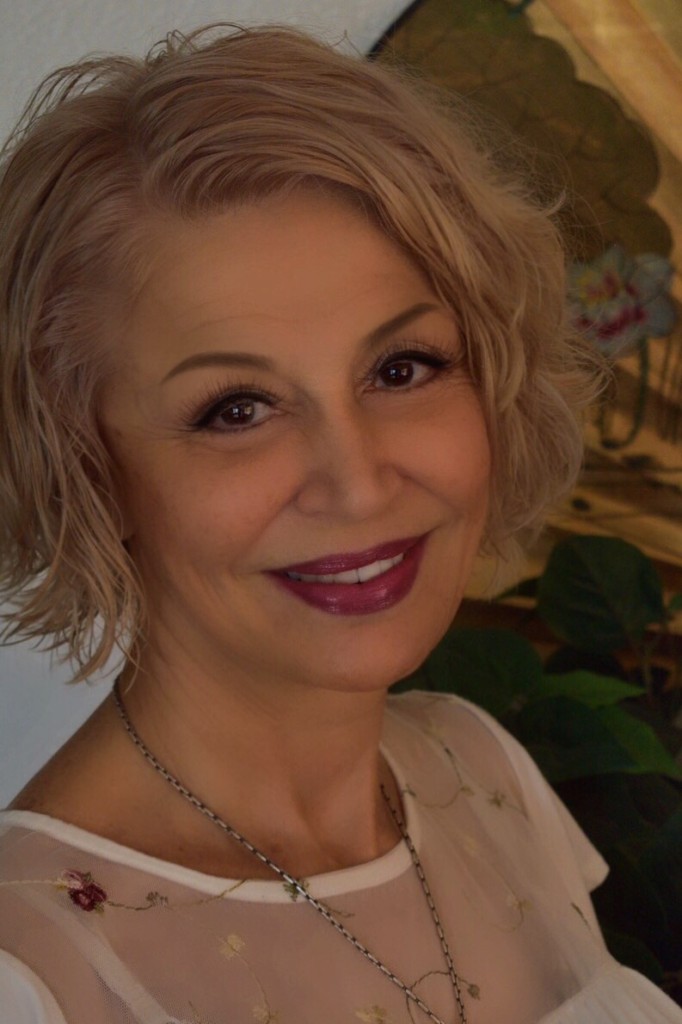 Born and raised in Leningrad, Russia, Victoria Stitzer had humble beginnings and very fragile health.  She was first exposed to Stage Hypnosis at age 9 while performing onstage with her father.  She took up the guitar at the age of 14, and at 17 was admitted into the College of Jazz Music.  Her hard work paid off as she graduated with excellence earning two Master Degrees in Jazz Guitar and Composition.  She was the first female leader of a band in Leningrad at the age of twenty and taught music at the collegiate level in Leningrad for five years prior to immigrating to the U.S.

Even though she could not speak a word of English, she arrived in New York in 1979 and was commissioned to write 24 major musical arrangements for pop and jazz bands there.  Her fragile health condition deteriorated further until, in 1985, she was given less than one year to live. (She’s is currently writing a book about her 2 Near Death experiences)

In her continual search for answers, in New York, she met a woman who specialized in Chinese Medicine.  This woman’s expertise, Chinese herbal remedies and a change in nutrition and lifestyle, returned Victoria to perfect health within the next 4-9 months with no trace of any illness.

This amazing transformation altered Victoria’s life path and inspired her to dedicate her life to helping others.  With extreme commitment, she became skilled in many areas of holistic health:  nutrition, herbs, acupressure, transcendental meditation,  NLP, and EFT.  In 1989 she learned Reiki, TFT, Handwriting Analysis, and much more.  Her education and healing modalities continued to expand into the mid-1990’s when she developed a method of teaching music through a state of Alpha, which saved students 50-75% of practice time (with recorded testimonials).  This same method enabled her to learn English in only four months time, back in 1979!

Her holistic practice, ultimately, moved with her to Las Vegas, Nevada, where she settled for the past 20 years.  In 2004 she formed Transformations.   She continued to do Transformational (Emotional), Holistic, and Energy work there, including Pranic Healing & ThetaHealing.  She taught all levels of Reiki certification classes—with over 1000 Reiki students in Las Vegas alone, in just the past 10 years!  Even though, it is time for her to retire, she cannot abandon what has become her  life’s work and her passion.  Victoria still works with her private clients part-time (in person and over the internet) in the areas of Self-Empowerment (be sure to click on the Testimonials button to see what her clients say about her work!)  and teaches various classes.

As her loving gift to Las Vegas, since 2004, she hosted inspirational Reiki Healing Circles, which are always free to the public.  These Reiki Circles have taken a life of their own after Victoria had left Las Vegas!  She has trained a number of Traditional Reiki Masters since 2004. These Masters now conduct Reiki circles almost every day/night of the week all over The Valley!

Victoria has now settled in SW Florida, where she continues sharing her gifts with those who are seeking Natural Healing.

The Journey of Life continues… And, what a journey it’s been!

You may contact Victoria with any questions by email:  Victoria@TransformVegas.com

Check Out Our Upcoming Events

To Request More Information or
To Schedule An Appointment